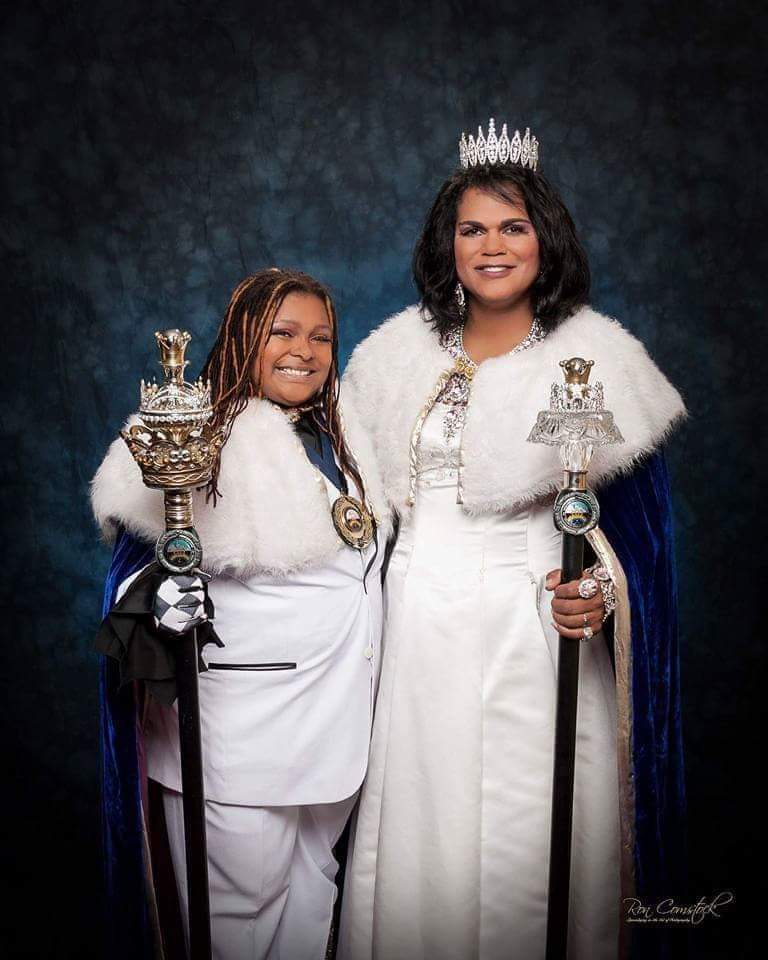 Water Xaris had been a key leader on the Colorado Springs, Colorado “Womxns March”  leadership team for two years when environmental justice was added to the platform of ideas and actions to be discussed. As someone who grew up inspecting the “brown cloud” that hung over her hometown -- the infamously polluted “Mile High City” -- she knows environmental injustice very well.

At one time, Denver, Colorado’s brown cloud was such a national joke that a CBS sportscaster quipped, after the Broncos 1989 Super Bowl loss, that Denver had never been numero uno in anything -- except carbon monoxide. A high-altitude, thin-oxygen city, Denver is in a river basin bounded on the West by the Continental Divide; a perfect recipe for winter smog.

In 1975, when Water was about 6 years old, Denver violated federal carbon monoxide standards 177 times. Even as a child, she knew her hometown was a polluted and odiferous city. “When I was growing up, you knew exactly where you were Denver, based on whether or not you could smell the stench of pet food production at the Purina plant.”

But it wasn’t until adulthood that Water left Denver behind as a home base. And like many people, this Mom of three grown sons moved, too -- not to escape the pollution necessarily -- but to follow her heart. She met her future wife Koriandir Xaris and because Koriandir, an electrician, was a business owner in the Springs, Water left the Mile High City and moved south to what is often called “The City Beautiful.”

The first time Wahya Wolfpaw was escorted out of a Worcester City Council meeting was when she challenged a council member on the myths and historical inaccuracies of the traditional Thanksgiving story. The second time was when she spoke passionately about the unrealistic expectations placed on women with children, returning to community from incarceration. 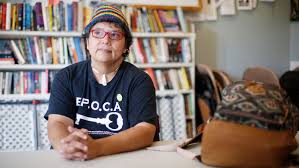 “Sometimes,” Wahya says, “People just don’t like it when you tell the truth.”

In truth, she says, it was massacre, disease, and disingenuous politics that shaped the Native-Pilgrim “alliance” that was at the root of the Thanksgiving holiday—not a naive welcome from Native leaders. “They were lying to children in schools and I couldn’t sit still for that. My people never said, ‘Welcome to this country.’ And as far as previously incarcerated women are concerned, when they’re coming out and trying to get their children back they’re expected to immediately get a good job and a nice two bedroom apartment. That is not as easy as it sounds and she was led to speak that truth. Wahya says, “Sometimes, when the powers that be see me coming, it’s like uh-oh.” 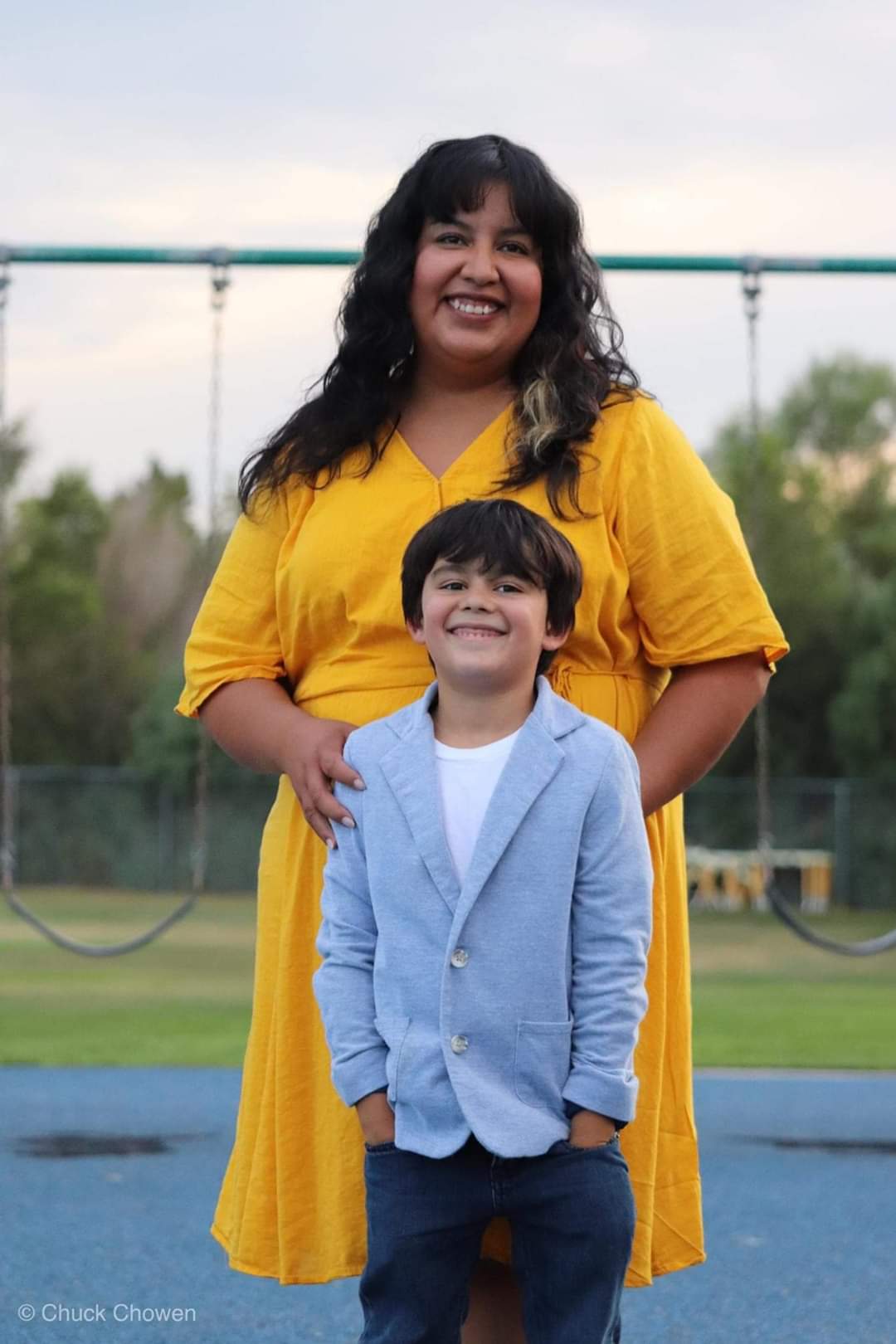 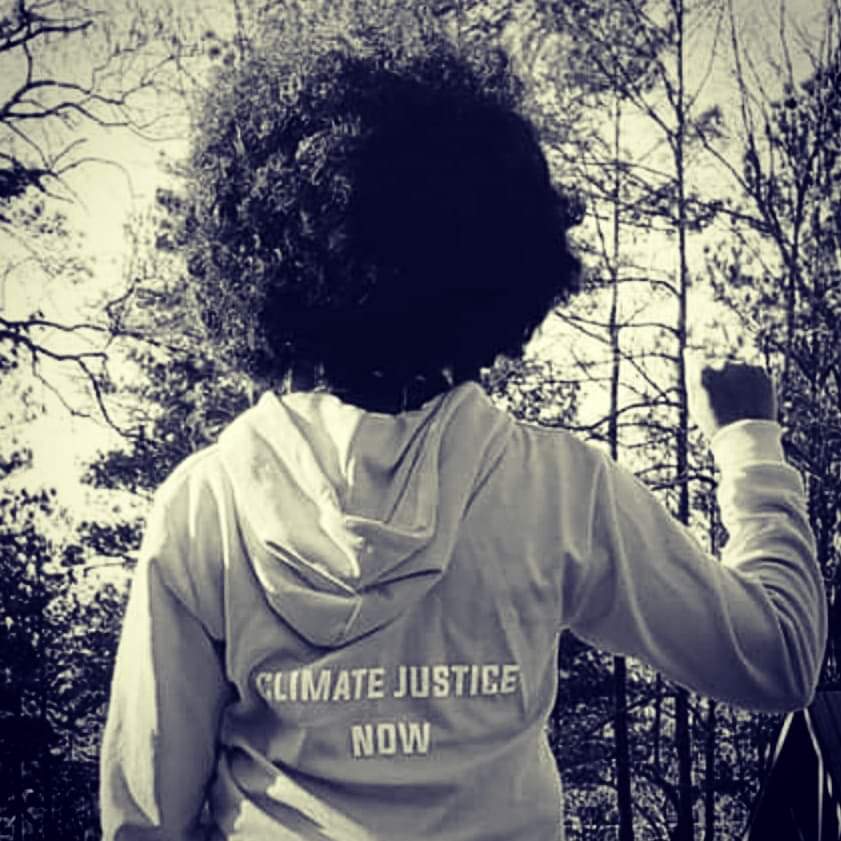 There is a prevailing stereotype which says the climate crisis and the environment are not priority issues for communities of color. But consider this: many Black and Brown communities are more likely to suffer the ill effects of polluted air and water and less likely to have access to fresh, nourishing food. Those who live in these communities are also often more likely to suffer from health issues like asthma, diabetes and high blood pressure and less likely to recover from devastating hurricanes and other climate disasters.

So caring about environmental justice is just as important as fighting for civil rights. After all, without clean air, clean water, healthy food and healthy families, we won’t be around long enough to reap the benefits of those social justice struggles. Fortunately, there are sheroes and heroes who are fighting the good fight of environmental & climate justice and all of the issues that intersect.

As we observe Black History Month, we shine a light on one of these sheroes: Marnese Kris Jackson, the Pontiac, Michigan-based Frontline Organizing Manager for Mothers Out Front. 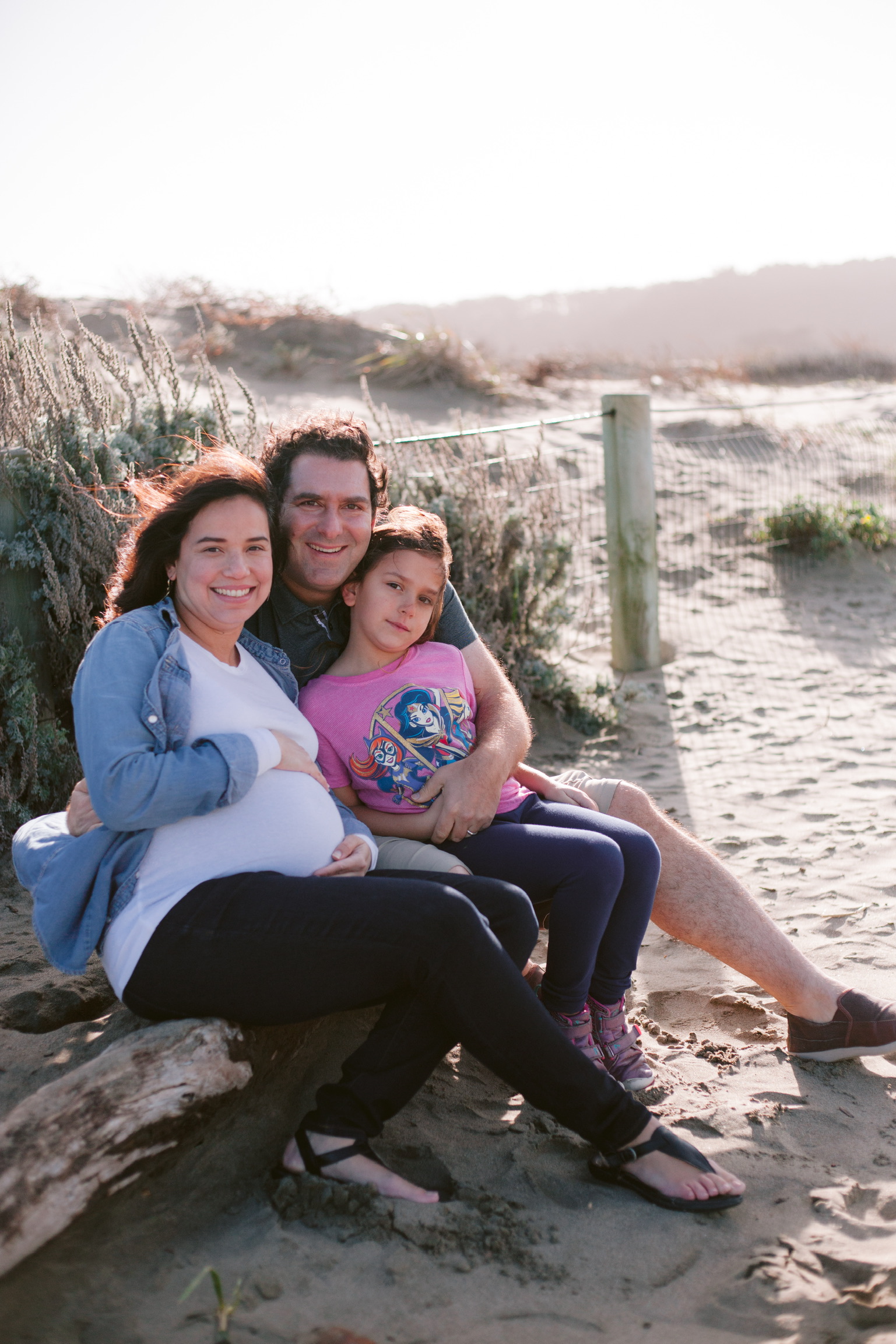 Liliana Peliks with her family

When a personal friend invited Liliana Peliks to attend the first Mothers Out Front house party in San Francisco, she walked away convinced. Liliana felt in her spirit that joining the effort to bring Mothers Out Front to San Francisco would be a perfect volunteer fit for her. So, she signed up and got busy helping to build the new team.

It was a boon for Mothers Out Front San Francisco. 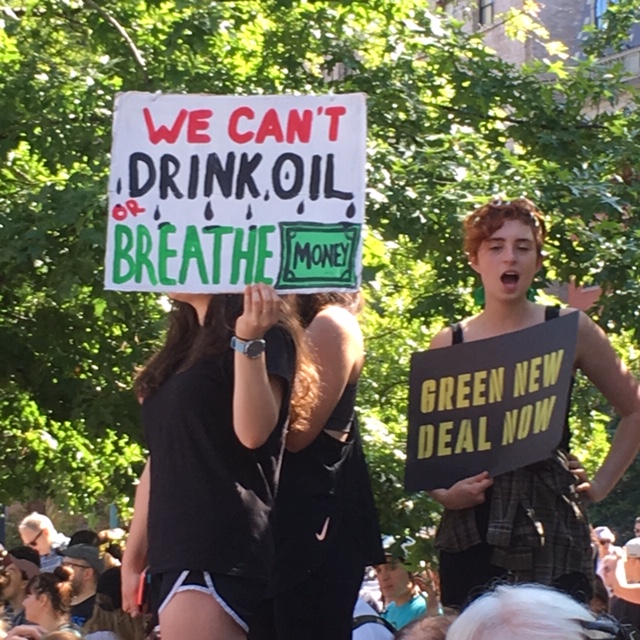 Mothers Out Front is proud to welcome Greta Thunberg to the U.S. As mothers we feel the urgent need to lead the way forward to a clean energy economy and a livable climate. We want Greta to know that we support her and the millions of youth around the world that she has inspired to action.

We have until 2030 to cut carbon emissions by half. The denial and inaction of prior generations have led to the mess we are in. Now, the youth of the world want to know - will adults take necessary action to protect their health and safety?

Mothers will join the global climate strike and lead the way for other adults to join. We will show the youth of the world that they are not alone. Once the strikes have ended, we will hold all elected officials and business leaders responsible for doing all they can to ensure a swift and just transition to clean renewable energy.

We do this for all children and their hope of a livable climate.

ALL IN THE FAMILY: The story of a reluctant environmentalist

This blog, written by Andrea Winslow, Arlington Mothers Out Front, was hosted at YourArlington.com! 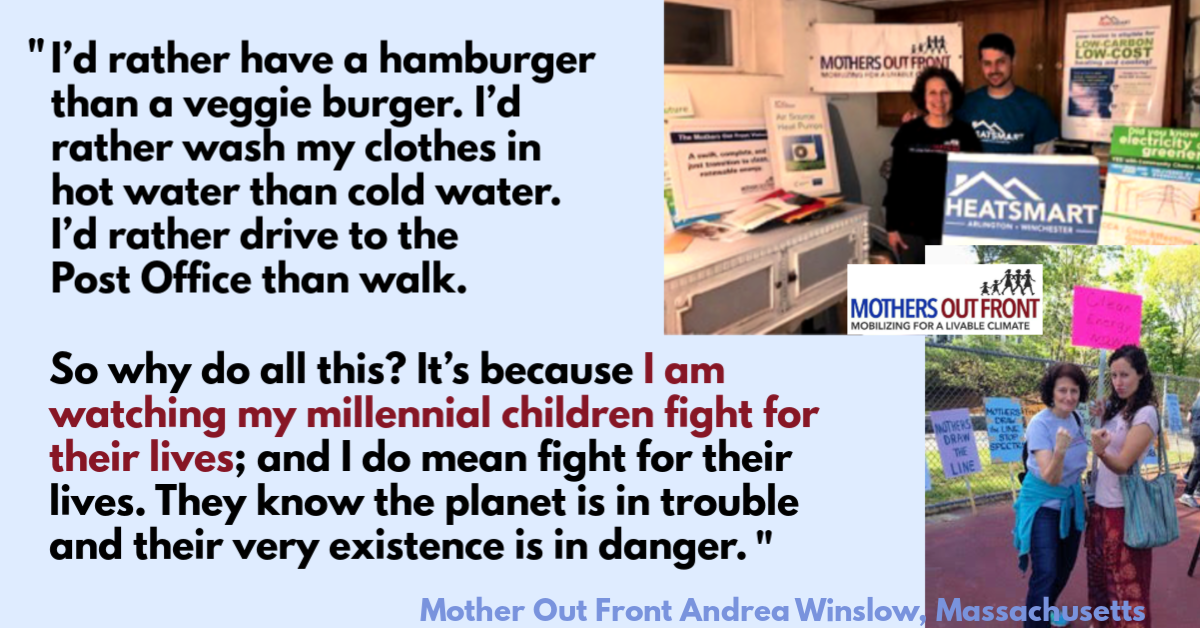 See the blog post here and full text is available below:

I have written and spoken to many concerning the Bella Romero Academy middle school in Greeley, Colorado and Extraction Gas and Oil’s proposed well project… now under way. I have many who joined me with voice and action. The facts that support the danger of the project are clear and have been well stated, in lawsuits and in public statement. Continued evidence is being discovered concerning the health and safety issues of having a fracking operation not more than 650 feet from the playing fields and playground.

The Great Governor Chase in Massachusetts

Early on a Wednesday morning about a week and half ago, I met 5 other members of Mothers Out Front at a building in Boston’s Seaport neighborhood. It was a chilly May morning, but we arrived early to greet Governor Charlie Baker and talk to him about the 1500 plus postcards that had been signed by mothers, children and others around the state as part of our Mother’s Day campaign.

Governor Baker was scheduled to speak at the Green Ribbon Commission meeting to talk about climate change and its impact on Boston. We wanted to thank the governor for being there to discuss climate change and ask him to put his power behind stopping the Weymouth Compressor station and other gas infrastructure in Massachusetts. We planned to approach him as he entered the building.