AGs actions are a welcome demonstration of leadership

Corporations wield more power in American politics than any time since the Gilded Age.  Corporations spend $2.6B a year on lobbying.  For every dollar spent by public interest groups and labor unions together, large corporations and their trade associations now spend $34 (1).  The Citizens United Supreme Court decision in 2008 opened the floodgates of corporate spending on political elections by allowing unlimited so-called “soft money” expenditures.  Much of this money is impossible to track to its source.

It is within this context that ExxonMobil and Volkswagen have engaged in fraudulent activity to mislead regulators, shareholders and the American public.  ExxonMobil, the world’s largest fossil fuel company, has spent hundreds of millions of dollars to thwart action on climate change when its own internal scientists were warning senior management about the risks of climate change impacts. Volkswagen, a trusted maker of cars including the cute bug many of us associate with our childhoods, knowingly cheated on emissions tests with their so-called “clean diesel” engines. 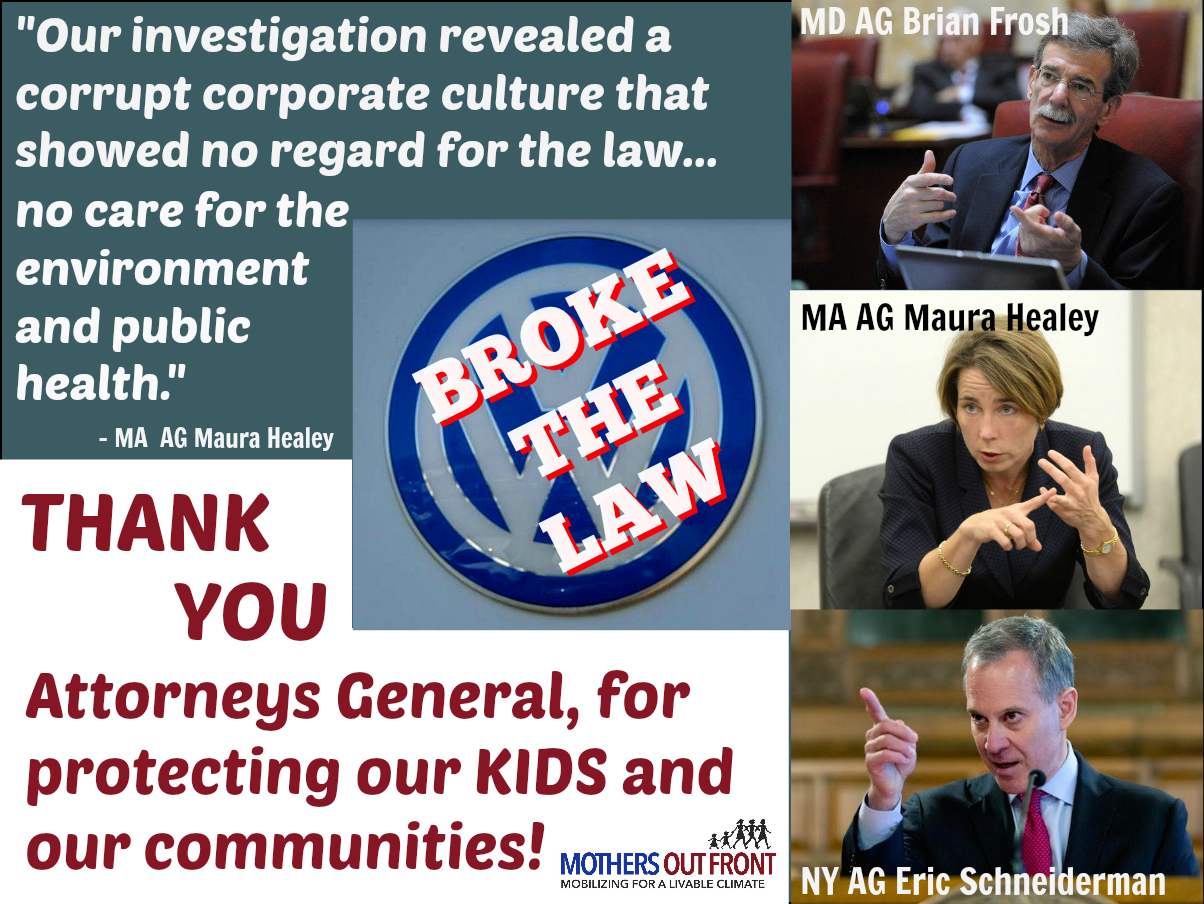 This corporate activity is nothing short of reckless, destructive, unethical and, at least in VW’s case, criminal.  And those who will pay the greatest cost are the people who suffer most from not having clean air and clean water, and who will be hit hardest by the impacts of climate change:  people in low-income communities, and our children.  This is why the decision of Massachusetts Attorney General Maura Healey and NY Attorney General Eric Schneiderman - along with other AGs across the country - to investigate ExxonMobil and to bring legal action against VW is so welcome.  It is a great example of our AGs taking seriously their jobs as the peoples' lawyers.  We thank them for their leadership in protecting our children and our communities.

Kelsey Wirth
Co-Founder and Chair of the Board, Mothers Out Front