The 100 Percent Renewable Energy Act, H.2836 in the House and S.1958 in the Senate, was touted at the event. The legislation would transition Massachusetts to 100 percent renewable electricity by 2035 and phase out fossil fuels for heating and transportation by 2045. So far 113 legislators have endorsed the legislation, according to Environment Massachusetts, including state Rep. Mindy Domb, D-Amherst, and state Sen. Jo Comerford, D-Northampton.

Mothers Out Front Somerville is taking on National Grid, together with other teams throughout Massachusetts, to #FixBigGasLeaks!

“I’ve been in the same house for the last nine years and, like every other resident in East Somerville, I’m in National Grid territory,” she said. “I’ve known for years about gas leaks in the area — it’s been an ongoing problem for 20 years — but I started getting involved in Mothers Out Front in Somerville because I knew they were raising awareness about leaks as a safety threat and an environmental threat.”

On Monday, July 22nd, San Francisco's District 8 Supervisor Rafael Mandelman held a hearing on the city’s Climate Emergency response at the Board of Supervisors Land Use and Transportation Committee. The hearing focused on high-priority strategies to achieve deep greenhouse gas emission reductions by 2030, as detailed in a newly-published report, Focus 2030: A Pathway to Net Zero Emissions (Climate Report, July 2019), from the Department of the Environment. 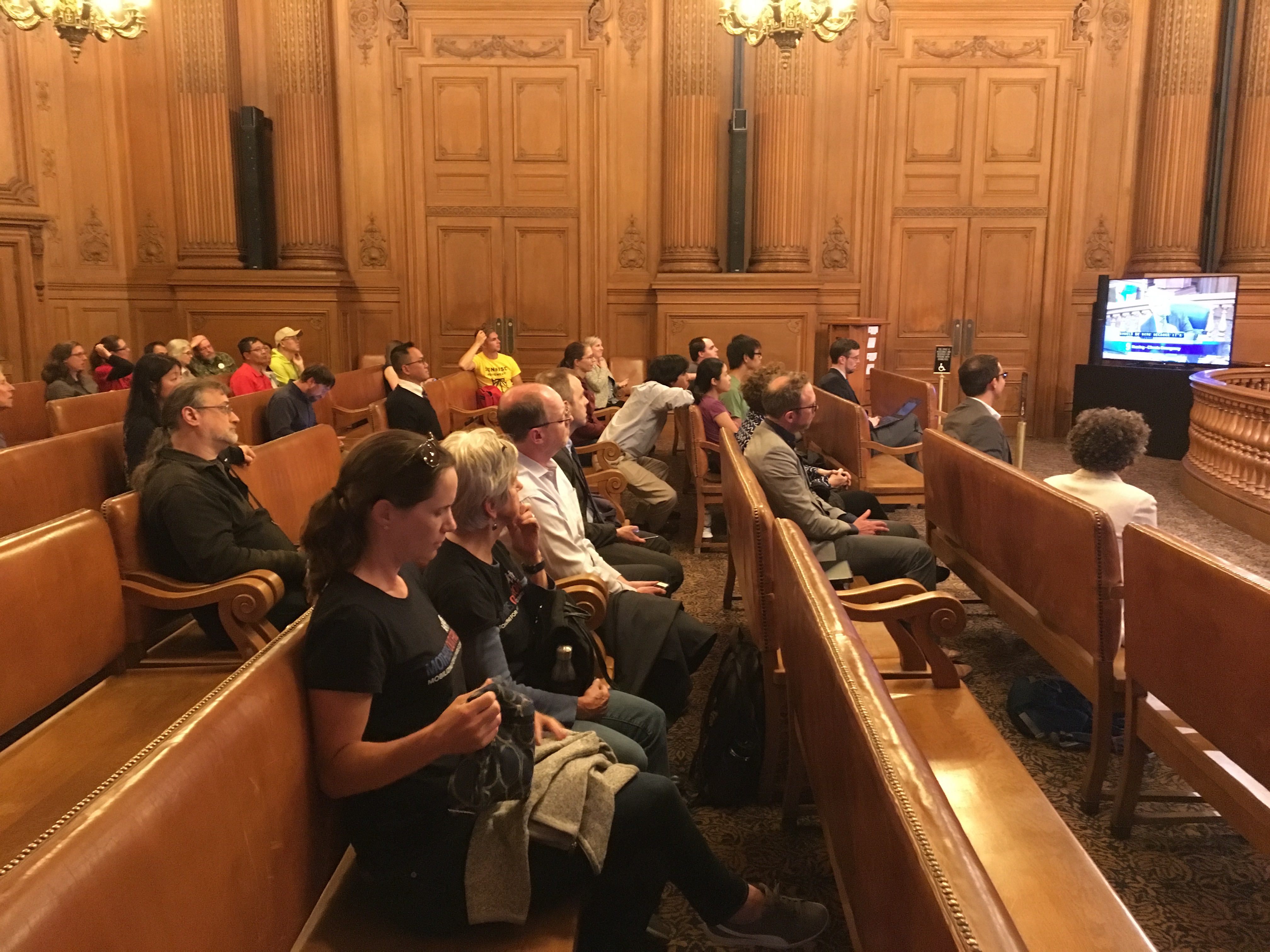 WASHINGTON, D.C  (July 9, 2019) — Today, amid a week of massive flooding in the nation’s capital, The Climate Mobilization (TCM) joined the offices of Representative Earl Blumenauer (D-OR), Representative Alexandria Ocasio-Cortez (D-NY), and Senator Bernie Sanders (I-VT) in announcing the introduction of a nonbinding resolution seeking to declare the climate crisis an official national emergency in the United States. Once officially introduced, TCM will mobilize a national climate emergency coalition to get the declaration passed through the House and to recruit all of the 2020 presidential candidates to publicly declare a climate emergency.

Click here to take action by contacting your representatives! 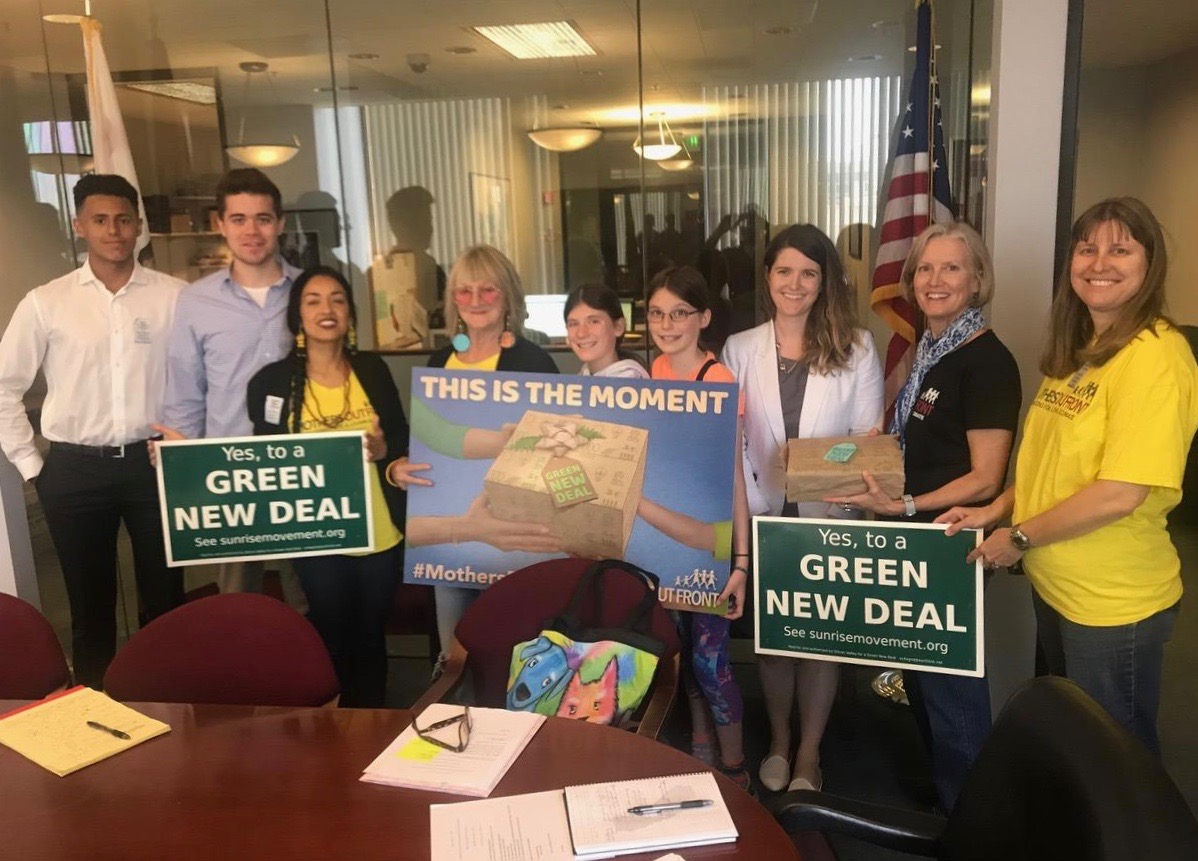 The Laureates for the $100,000 leadership award are working in India, the United States, South Africa and across Central America.

The announcement will be celebrated on July 24 at the Resnick Aspen Action Forum. Watch the Laureates share their bold visions, following an interview with international statesman & McNulty Prize juror Olara Otunnu at 6:00 MDT on July 24: agln.aspeninstitute.org/live

Mother Out Front Susan Lees #InTheNews and demanding that Governor Baker stand by our communities and our families rather than fossil fuel interests.

“Permitting this dangerous and toxic facility next to neighborhoods where residents raise families, send their children to school, and build communities is deeply negligent,” said Susan Lees of Mothers Out Front, an environmental activist group. “Governor Baker must show that he has the backbone to stand up to large energy corporations and intervene in this broken permitting process.”

CA - Action and a Victory in San Jose

The South Bay team is celebrating a big milestone in their campaign to Protect Coyote Valley, a 7400-acre stretch of natural and agricultural land. After months of rallying community and Council support, an enthusiastic group of 10 moms and kids delivered to the Councilmembers and Mayor 400 postcards in three languages (English, Spanish, Vietnamese) urging them to protect Coyote Valley from industrial development. On June 11, the Council voted unanimously to consider changes to land use in Coyote Valley in the General Plan update process, a very significant step!

Thank you to our friend, Freeda Cathcart, for capturing Desiree Shelley's testimony regarding Roanoke Gas' rate increase proposal and its potential impact on our communities. You can watch it below! We've included the text below as well.