With a visit from State Energy and Environmental Affairs Secretary Matthew Beaton in Shelburne Falls, Mothers Out Front was there to present the Secretary with a copy of “The Lorax” by Dr. Seuss:

"After Beaton finished talking, Felicia Mednick, who is with the environmental group “Mothers Out Front: Mobilizing for a Livable Climate,” gave Beaton a copy of “The Lorax” by Dr. Seuss. The 1960 book is a cautionary tale about the dangers of disrespecting the environment. She said Seuss had been a Massachusetts hero for the environment, and hoped the same was true of Beaton."

MA - Amherst hosts an art build to get ready for the march!

Report in from Andra Rose, Amherst Mother Out Front:

"We had a fun time crafting together. Amherst Mothers Out Front is marching in Springfield's March for Climate, Jobs and Justice on April 29th. Next Art Build is 4/15 10am-12pm followed by a parade through the Amherst Farmers Market at 12:30pm to publicize the march and show our passion for protecting our children's future!" 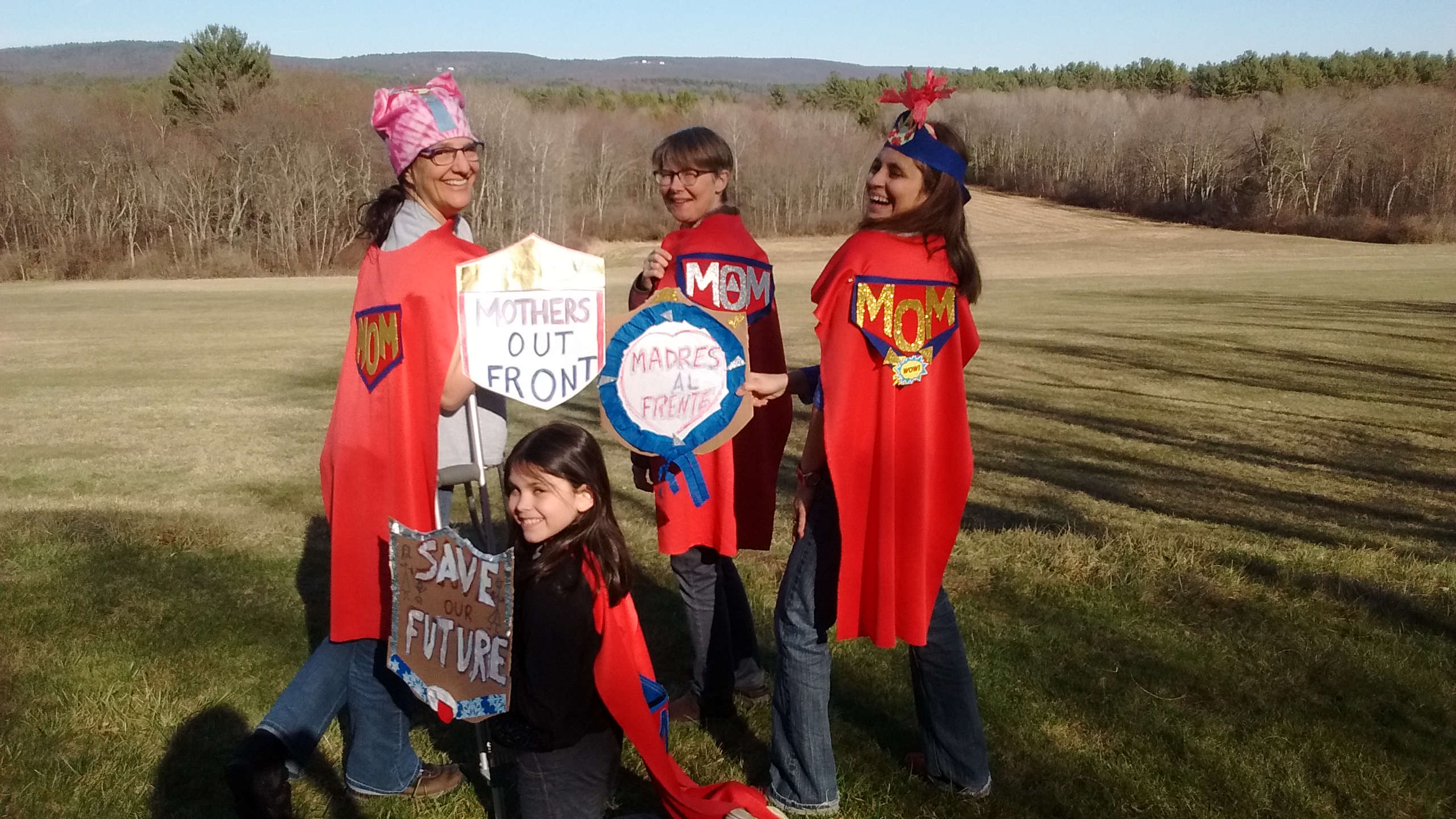 Mothers Out Front Pioneer Valley helped to organize this meeting!  One of their banners is shown in the video.

SUCCESS! Lexington, Massachusetts kicks off the Net Zero Emissions Task Force!  Mothers Out Front - Lexington, MA - working for a livable planet has been working hard with partners across their community to make this happen! 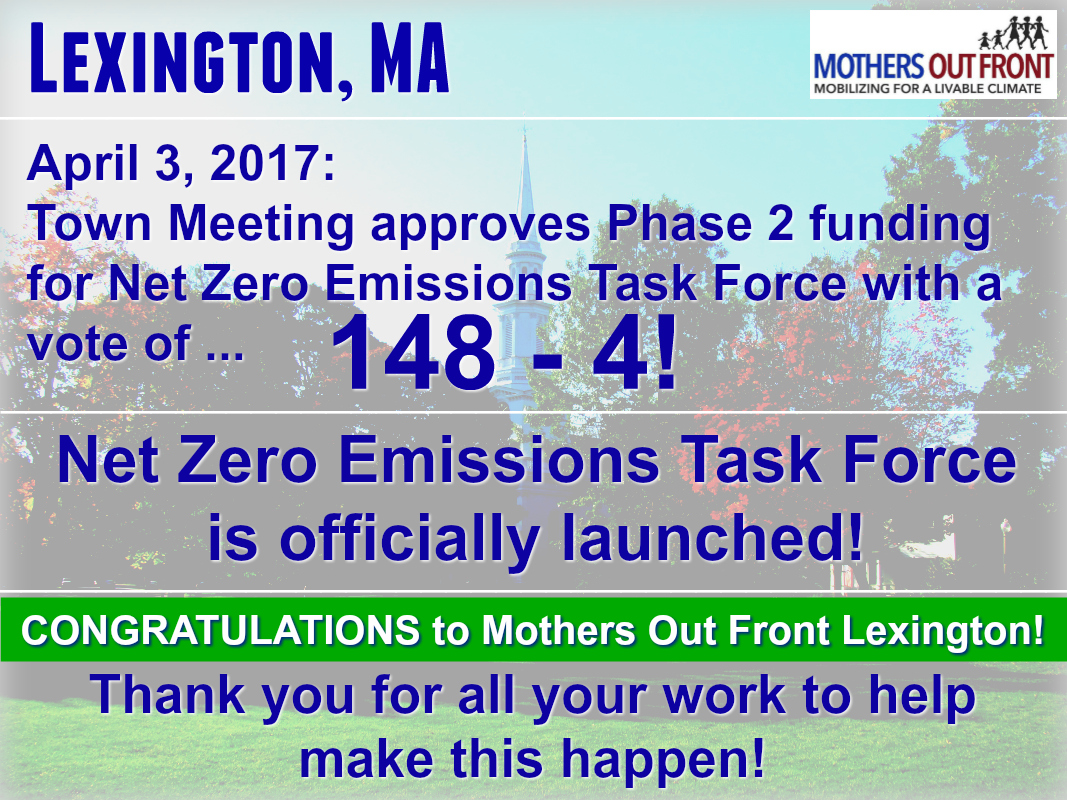 "As soon as I learned about Mothers Out Front, I knew it was exactly what I was looking for. It is so important to me to give our children the opportunity to live in a healthy world." Tara Marie Kotliar is a Mother Out Front from Huntington, NY.

A Massachusetts Mothers Out Front team had the fabulous opportunity to spend 30 minutes with U.S. Senator Elizabeth Warren. A team of 6 prepared stories, thought hard about what we were asking of her, and prepared to listen to what she had to tell us. We asked Senator Warren to indulge us by listening to our stories, which followed with a brief discussion on what was possible in the national conversation surrounding climate change. Climate change and its relation to health rose to the surface as something Senator Warren could start speaking about. She left us with the request to give her more information about how climate change is affecting our collective health.

Here are our stories …

"While it’s important to call out Pruitt for his climate deception, it is equally important to take action to stabilize our climate. San Jose could take a huge step in the right direction by implementing a Community Choice Energy (CCE) program, as virtually all of the other cities in Silicon Valley have done."

MA - Opposing the Construction of New Gas Pipelines in Massachusetts

Thank you to Sue Swanson from Bedford Mothers Out Front for this letter to the editor about why pipelines are the wrong choice for Massachusetts!