On Tuesday, April 25, 2017, many Mothers Out Front members helped pack the Boston City Council chambers for a special public session on Community Choice Energy (or Aggregation). There is a proposal being taken to the Boston City Council and to Mayor Walsh to approve the City to search for a contract that would increase the amount of renewables for the default electrical supply to the entire city (residential and small business) by at least 5% above the state RPS while keeping the cost competitive to the current EverSource rates. When first addressing the crowd, Councilor Matt O'Malley made reference to the citizen groups present and backing the proposal, starting with --who else?-- Mothers Out Front. Black and grey Mothers Out Front t-shirts were visible throughout the crowd. 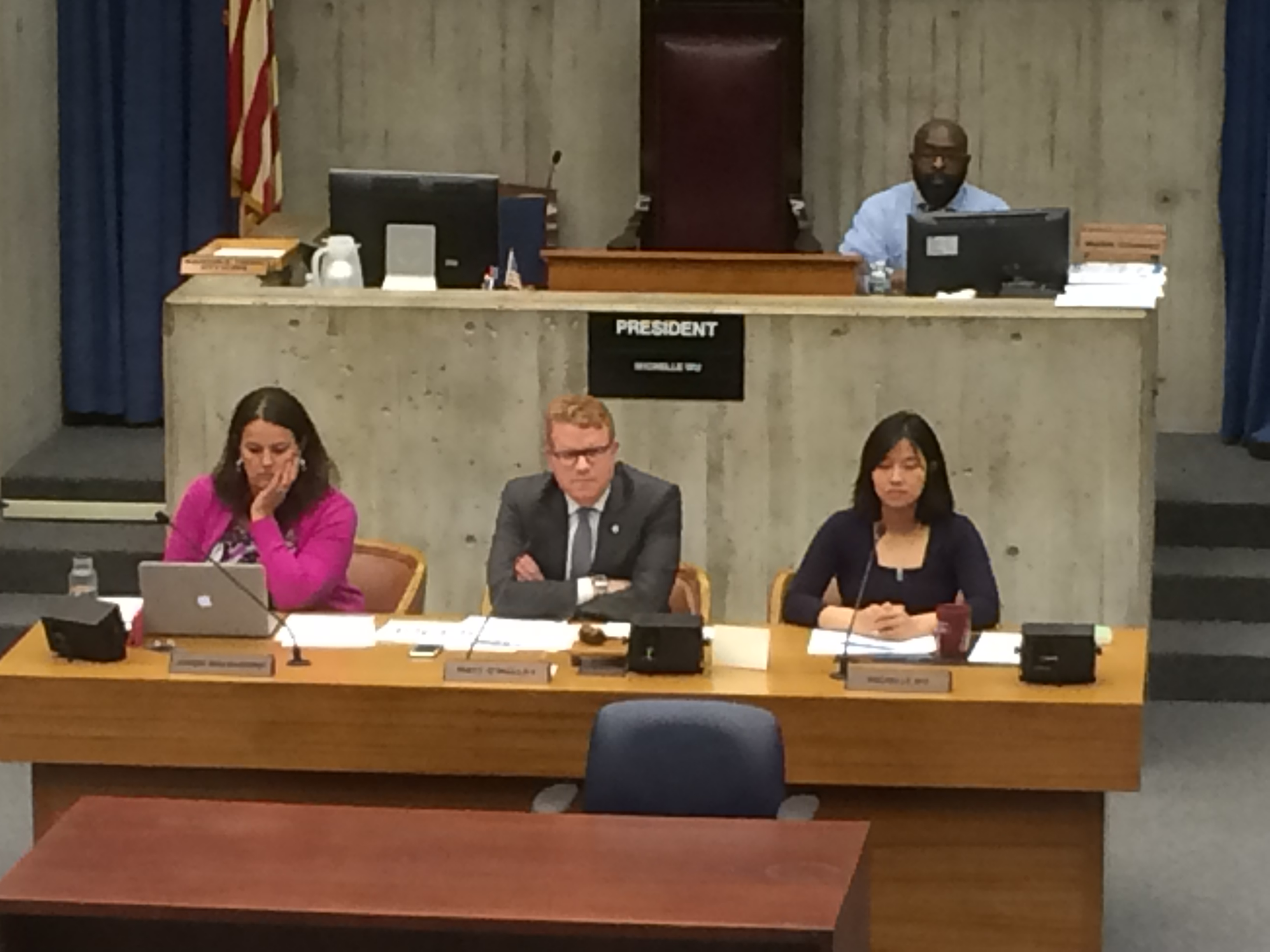