Bobby worked in the snow sports and outdoor industry for many years, and developed an abiding love for the outdoors and wild places as a ski patroller, ski instructor and Outward Bound instructor. After having her daughters, she worked as a marketing and PR professional for the Snow Sports Industries Association. There, she developed a growing concern for the health of our climate as she witnessed first hand the erratic winters that directly affected the health of her industry. As the industry climate group Protect Our Winters began to sound the alarm, she became increasingly scared about the science which said her daughters’ futures were in peril. This moved her to become involved with climate work through her local 350 group, as part of the executive committee of the Northern Virginia Climate Coalition and finally as co-leader of Mothers Out Fairfax. She currently works as Marketing Manager at Ipsun Solar in Fairfax VA and is a weekend ski instructor at Whitetail Resort in PA. Bobby graduated from the University of Vermont, and now lives in Vienna, VA, with her husband Joe and two daughters, Katie and Ellie. 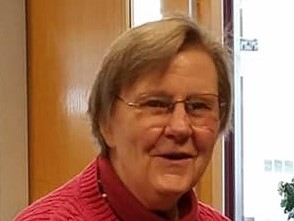