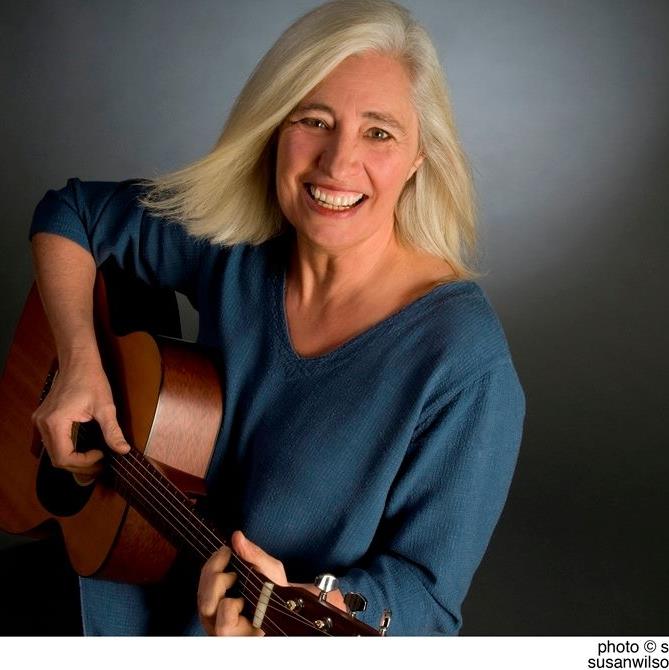 Hello, I’m Anne Goodwin. I serve on the Massachusetts Leadership Team for Mothers Out Front. I joined Mothers Out Front in 2012 and was part of the Arlington team before joining the Leadership team 2 years ago. This was when my only child was in high school, and I saw the empty nest ahead of me, with an opportunity to get more involved in something meaningful. I was so pained and afraid of what was happening to our Earth, I could barely look. But when I found Mothers Out Front, I felt I could speak from my heart as a mother, and make connections with other passionate women to create a livable future for all our kids. Mothers Out Front has given me support, and challenged me to have courage, and hope.

So today I'm going to talk about why Mothers Out Front makes me so hopeful.

Thank you to Mother Out Front Jean Cummings for sharing this blog post with us!

As members of Mothers Out Front we are keenly interested in the progress made by climate activists both within our organization and outside of it. And no group is a more natural ally of mothers and grandmothers than youth.

Interestingly, young people have brought us to a critical juncture in the history of climate legal action in the U.S. Twenty-one children and youth have been fighting in the courts since 2011 to force the federal government to take action to reduce greenhouse gas emissions, a key contributor to global warming. 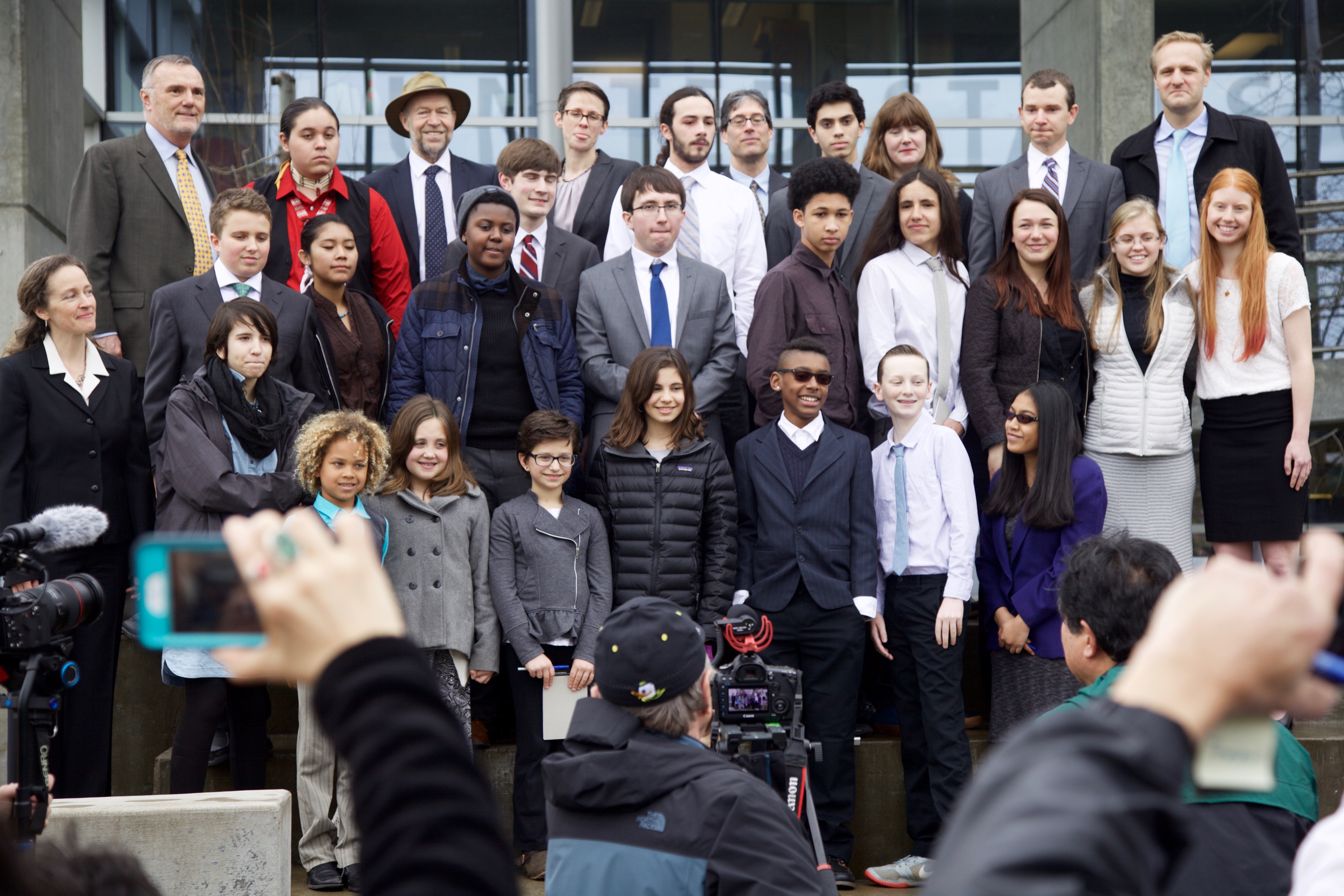 It is Time to Stop Talking About More Pipelines

On January 11, 2017 the Boston Globe published an editorial entitled Mass. turned to oil and coal during the cold snap. Here’s what went wrong, on January 11, 2018, questioning whether a strategy of moving away from "natural" gas is the right strategy.

Predictably, the gas proponents are leveraging last week’s “bomb cyclone” and the coldest 10 day stretch in 100 years to renew their push for new pipelines. Building permanent pipelines to solve an occasional challenge is a shortsighted fool’s errand benefitting the gas industry, only. The Globe, in its January 11 editorial, has sided with fossil fuel interests, perpetuating the myth that gas is a clean fuel and that more of it is needed to power the renewable energy transition.

We Feel The Urgency to Act

In the same week that our national monuments in Utah have been opened up to the risk of oil and gas drilling, fires blaze across Southern California. The impacts of our dependence on fossil fuels can be felt on an all too regular basis. The fire season in the West has become more intense and prolonged. The changes in our climate contribute to the heightened extremes in the weather. Powerful storms, severe drought, and wildfires will continue and, unless we act, they will get worse.

Mothers Out Front offers our support and concern to the families disrupted by these destructive flames. Many residents received only 30 minutes of warning to pack up any belongings they could carry, and evacuate, uncertain of what will remain when they return. These fires disrupt the lives of many, even those not directly in their path. Students from more than 300 schools had to stay home because of the thick gray smoke that hangs in the air, making breathing difficult and causing fear and anxiety all around.

Mothers Out Front works everyday for a more livable climate for all children. We act with urgency because we know that climate change is a critical and encompassing challenge of our time. If you feel compelled to act in the face of climate change we invite you to join us to continue this vital work.

BOSTON- Mothers Out Front announced the receipt this week of a $1M gift from the Gordon and Llura Gund Foundation to support general operations and program expansion. This transformational gift will have significant, lasting effects on the organization, enabling it to make key foundational investments in staff, leadership capacity, systems and infrastructure.

“My wife Lulie and I and our family are extremely impressed with what Mothers Out Front is accomplishing,” said Gordon Gund. “We are pleased to make this additional gift to help Mothers Out Front develop an organization that can leverage its unique creativity, entrepreneurship, and energy to an even greater extent.”

Doing Something in an Era of Undoing

EPA Administrator Scott Pruitt announced repeal of the Obama Administration’s Clean Power Plan to cut carbon emissions by 50% of 2005 levels by 2030. We know this is wrong for our family’s health today and for a livable climate for our children tomorrow.

It is even more difficult to accept this decision when fires are destroying towns in the West and powerful hurricanes are drowning communities from Texas to Puerto Rico.  High carbon emissions are transporting us toward increased drought, accelerating our sea level rise, and presenting us with extremities of weather. 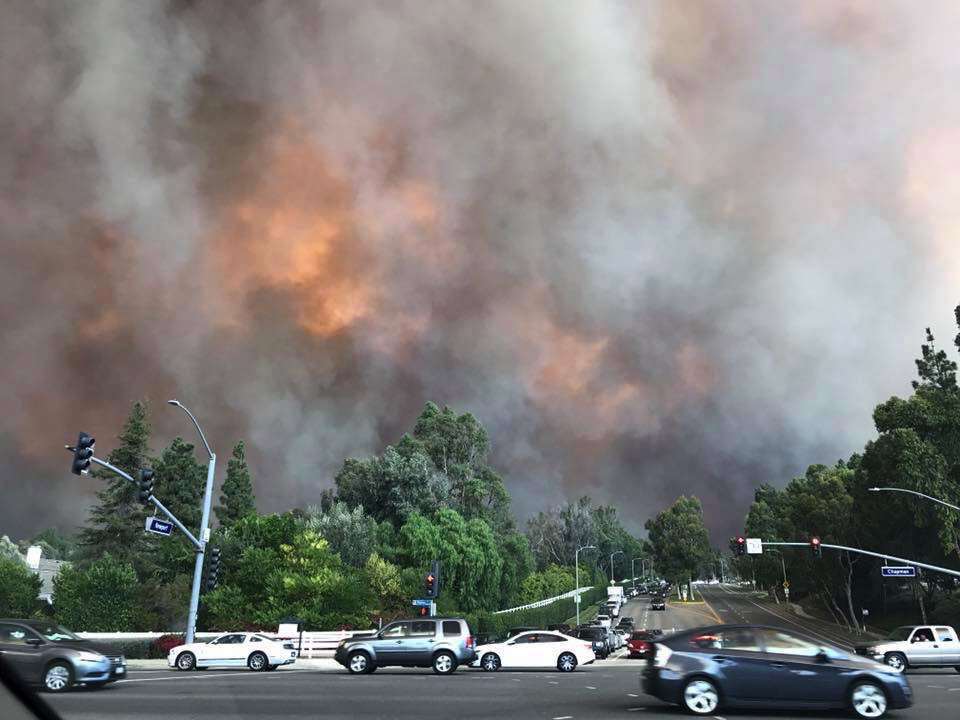 Now More than Ever for Puerto Rico and Beyond

Once again we face the unimaginable. The footage of the damage in Puerto Rico easily conjures comparisons to post-apocalyptic fantasy. Maria ravaged the island upending the lives of its children and leaving their mothers desperate to provide what so many of us take for granted- water, electricity and food.

The devastation escalates the urgency of our work. Without question, the wreckage left behind by Harvey, Irma and Maria are symptoms of our changing climate. Our call to push decision makers to a swift, complete, and just transition away from fossil fuels and toward clean and renewable energy is more vital than ever.

Fighting for the environment, one grassroots gathering at a time

Dottie Lamm of the Denver Post reports on grassroots organizations working to protect the climate in Colorado and Massachusetts.  Kelsey Wirth is interviewed about Mothers Out Front.

“Having a man who denies climate change science in the White House poses a grave threat to all we hold dear,” says Kelsey Wirth, a parent of two who founded Mothers Out Front in 2013. “[But] we have the most potent counter to this: a growing movement of mothers who will stop at nothing to protect their kids.”

AGs actions are a welcome demonstration of leadership

Corporations wield more power in American politics than any time since the Gilded Age.  Corporations spend $2.6B a year on lobbying.  For every dollar spent by public interest groups and labor unions together, large corporations and their trade associations now spend $34 (1).  The Citizens United Supreme Court decision in 2008 opened the floodgates of corporate spending on political elections by allowing unlimited so-called “soft money” expenditures.  Much of this money is impossible to track to its source.