Our homes, our beautiful natural spaces and our farmland are in danger from increasingly severe weather events and changing climate patterns. Too much rain, droughts, species loss and unpredictable weather negatively impact agriculture, the economy and food security. If we continue to use fossil fuels at the same rate we do today, tomorrow may be more chaotic and dangerous for our kids. It’s a possibility that Mothers Out Front, a national organization of mothers, grandmothers and others more than 23,000 strong, are striving to avoid. We want all children to have a future where jobs are abundant, our country is secure, and our planet is healthy.That’s why we’re asking for something different than flowers, chocolate and brunch on Mother’s Day. This year, moms want the Chemung County Legislature to take action locally to promote energy efficiency and renewable energy. To this end, we have attended and spoken at every meeting of the legislature this year. We have met individually with every member of the legislature who would meet with us.

Groups rallied in Albany at the National Grid meeting on the need for clean renewable heat. In the first of a two part segment we hear from Laura Shindell of Food and Water Watch; four young students; Betta Broad of New Yorkers for Clean Power,and Sen. Jen Metzger.

Listen to the interviews here:

At a rally with allies and Mothers Out Front New York, with guest speaker Aaron Mair, former president of the Sierra Club, protesters pushed for National Grid to stop expanding natural gas pipelines:

The protestors are urging National Grid to back off plans to build or expand natural gas pipelines across the state. In addition to the proposed E-37 project in Albany County, the utility company involved with a plan that would transport fracked gas from Pennsylvania to New York City....

"It is doing a lot of bad things to our Earth and we are kind of destroying it and this is our shot, we don’t have many more," 13-year-old Jessie Kelley said.

On Monday, May 13th, Mothers Out Front NY joined allies in Albany on Monday to call on Gov. Andrew Cuomo to block the expansion of the Williams Cos. gas pipeline into New York City, as well as a new National Grid pipeline bringing gas into Rensselaer County.

Megan Root, a local organizer with Mothers Out Front, said the Albany Loop project is not necessary, even though National Grid has said it is needed for reliability as the demand for gas increases with new development in the Capital Region.

"Why are we going to put a new pipeline in?" Root said. "It just doesn't make sense. We don't get why this pipeline is happening."

Youth are not the only ones panicked about inheriting a livable world. They are joined by many others, including an army of moms. We put so much love and energy into preparing our children for the future. Now that future looks precarious. We are scared!

This Mother’s Day we don’t want flowers, chocolate, or brunch. California mothers want to give our children the gift of a livable climate, and we ask our elected leaders to support us by endorsing the Green New Deal.

Recent reports tell us we only have until 2030 – or less – to stop fueling the temperature rise devastating the world with climate-change causing greenhouse gas emissions. But temperatures are rising, not declining. Half of all greenhouse gases have been put into the atmosphere in the last 30 years.

VA - Dominion Energy touts its rate cuts instead of $1,000 rebates for SC customers

Mothers Out Front and allies are reported in the news around Dominion at the time of the shareholder meeting.

Activists said that the company won’t really embrace new technology until it vows to end its carbon emissions. “We have to get to net zero,” said Mary Cerulli of Boston, a member of the climate action group Mothers Out Front.

At Dominion's Shareholder Meeting, the company celebrated cutting power bills, but protesters raised the issue of the costs that aren't being counted.

David Backer [Mothers Out Front Volunteer], a Massachusetts resident and Dominion stockholder, said Thursday’s comments by Farrell weren’t surprising. He said Farrell did a good job of emphasizing strides the company has made, but didn’t say much about the challenges faced by Dominion Energy.

The company should be able to stop or offset all air pollution in future years, but says it will only do so by 80 percent, said Backer, who voiced his concerns during the stockholders’ meeting.

“Yes, they are investing in solar, for instance, and they have a story to tell,’’ Backer said. “But I think it covers up a lot of things behind the scenes. I have heard this before.’’

The concert included choral music by Koleinu and will feature Temple Emanu-El’s own Cantor Vera Broekhuysen, Cantor Michael McCloskey of Temple Emeth, Chestnut Hill, and a singalong led by Music Out Front, the musical arm of Mothers Out Front.

Mothers in the news with allies in New York:

A new state regulation requires utilities to identify these super leaks of methane gas! Two Mothers Out Front, Zeyneb Magavi and Debbie New are quoted in this article, as well as our friend Audrey Schulman from HEET!

In the words of Father Out Front and Professor Nathan Phillips regarding WBUR 90.9 FM's coverage linked below:

"Congrats to HEET (Home Energy Efficiency Team) & the #GasLeakAllies for translating research to policy; to Margaret Cherne-Hendrick & Bob Ackley for key research; Gas Safety USA for being first to raise the issue; & Mothers Out Front for engaging MA communities to fix this!" 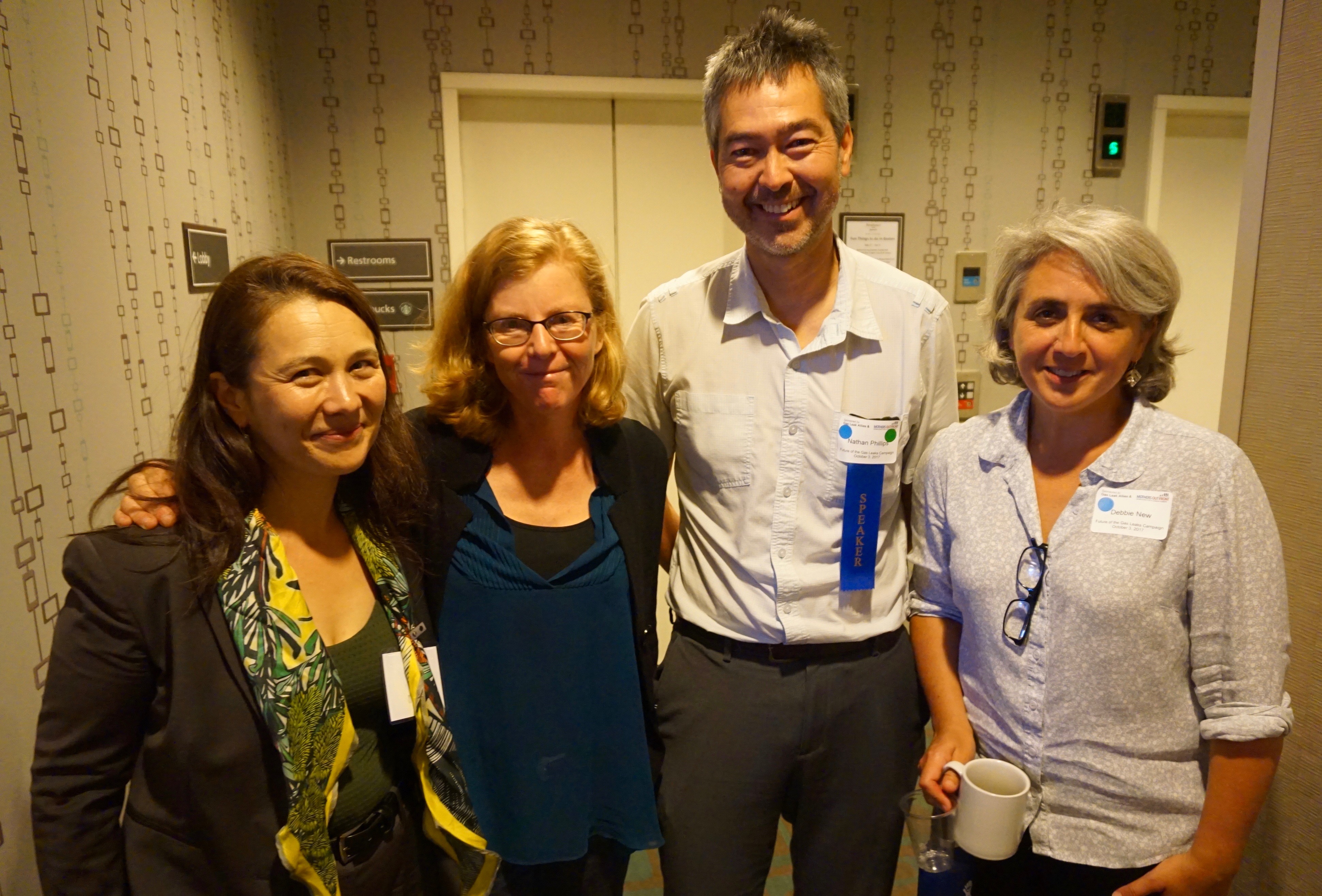 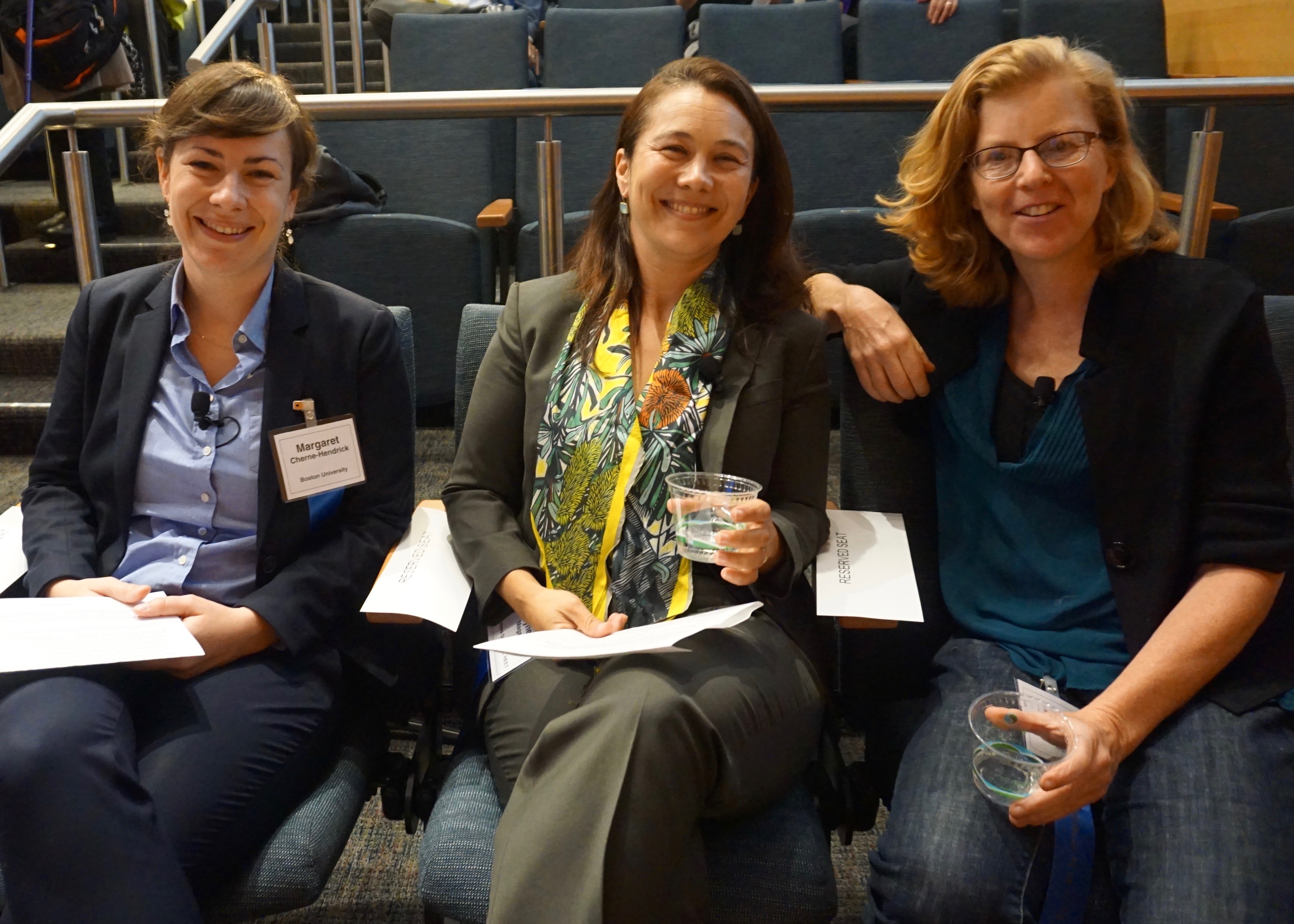